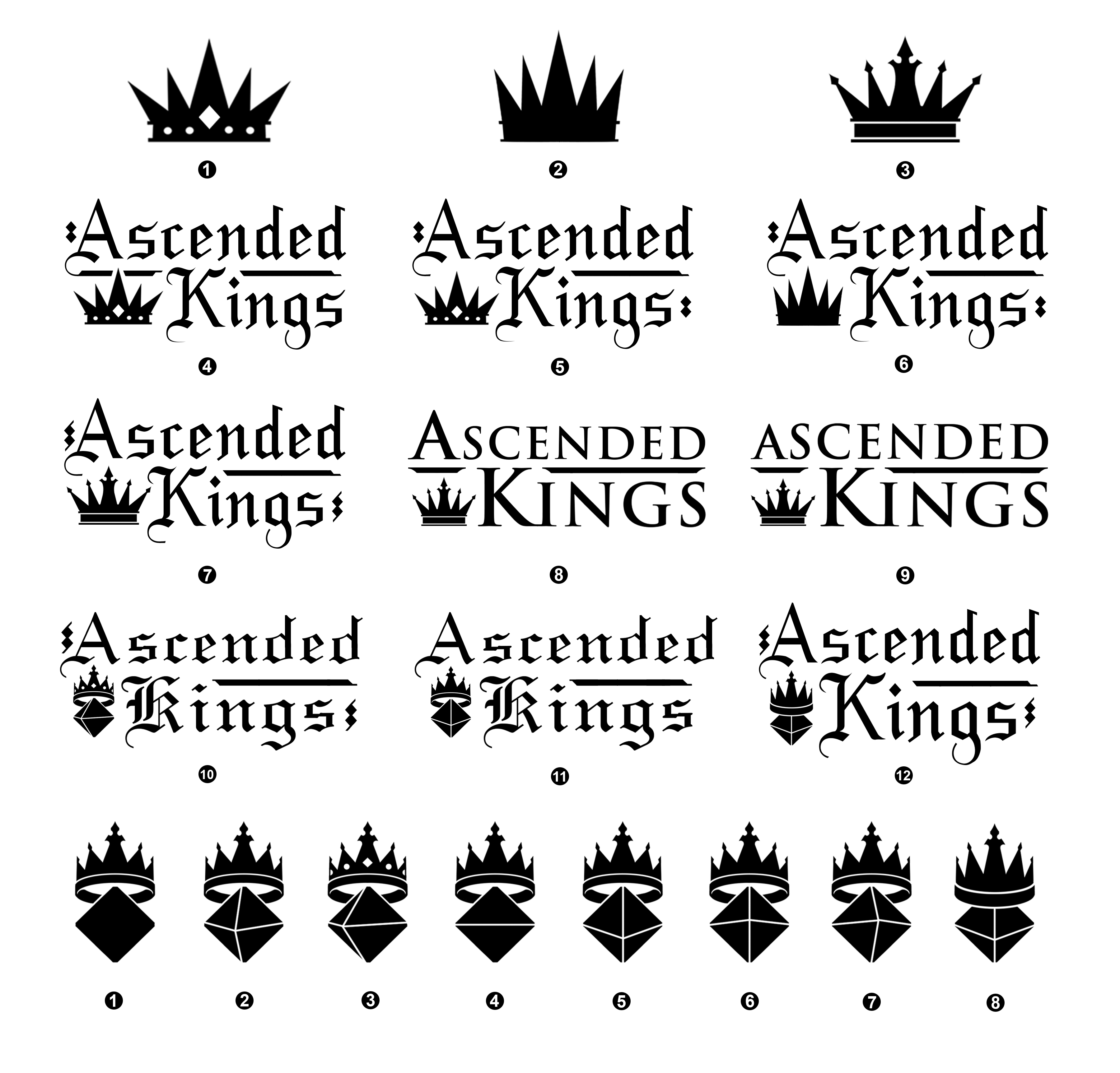 Here were the artist and developer interactions:

The idea for only the crown being present when the type treatment is visible, I also agree. Seeing the text in this orientation with a crown right there exhibits a strong presence as you said. Having only the crown visible when it is together with the text creates a compelling way to communicate this title, I think you sold me on that. I also like number 7. I think number 6 would also look good were it to have that trident on the crown as number 7 does. I think if crowns 2 and 3 were combined it would have a good result, I’d like to see if that would be possible.

If I’m on the right track in what I’ve said so far, then perhaps you are also thinking that anytime the type treatment isn’t visible, and only the logo is used instead, that’s when we would see the logo with the Ylem gem. Am I right by saying this?

As far as the logo’s go, the thought of having the crown tilting and hovering over the top of the gem I think is desirable. The more I see it the better I like it. However I have to be honest, while I do like the image of the octohedron that you showed me in our conversation, I didn’t realize you were eluding so much to that exact shape. What I liked about that image was the way that it refracted the light and that one edge was chamfered along the closest edge to the viewer, which also gave it a flat top edge. But I have to admit that I am not a fan of Ylem being a “Platonic solid” (an equilateral polyhedra).

One of the major reasons for this is because a D8 (eight sided dice) is a platonic solid, and to a board gamer this is the first thing that they think of when they see this shape, an eight sided die.

Let me know what you think. Thanks for this update!