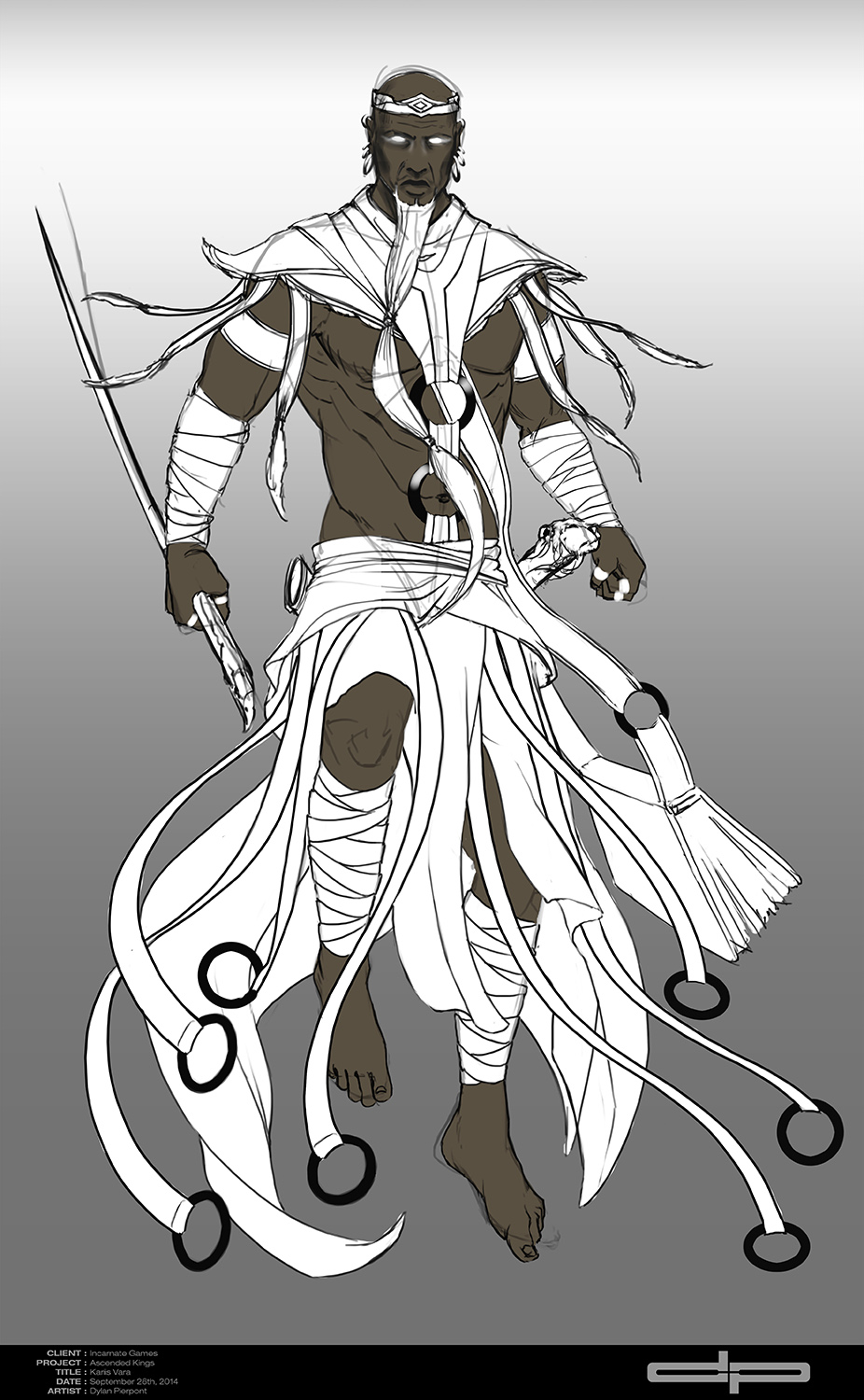 Alright guys. Wrapped up the sketch phase for Vara. I might play around with some of the placement of the belt rings for the final, but I want to be sure I have all the costumed elements elements correct first.

I think the only thing  we’re missing are the Aria rectangle stones on the book strap. Had to run the strap under his neck/chest-ring piece so that it didn’t cover the whole ring. So I think we’ll show the stones around the ring closest to the spine of the book. Either that or socketing a round cut stone into the ring on the book strap.

I also made one of the pommels for the sword a lion, and the other an eagle, though I might reverse the positioning for both.

And finally I stitched a single feather to the ends of the shoulder belts and added a layer of feathers peaking out under the collar piece. I felt this might be a nice compromise of the two ideas.

As always, let me know what you think. Will put together a schedule for the month of October once we have this linework finalized.