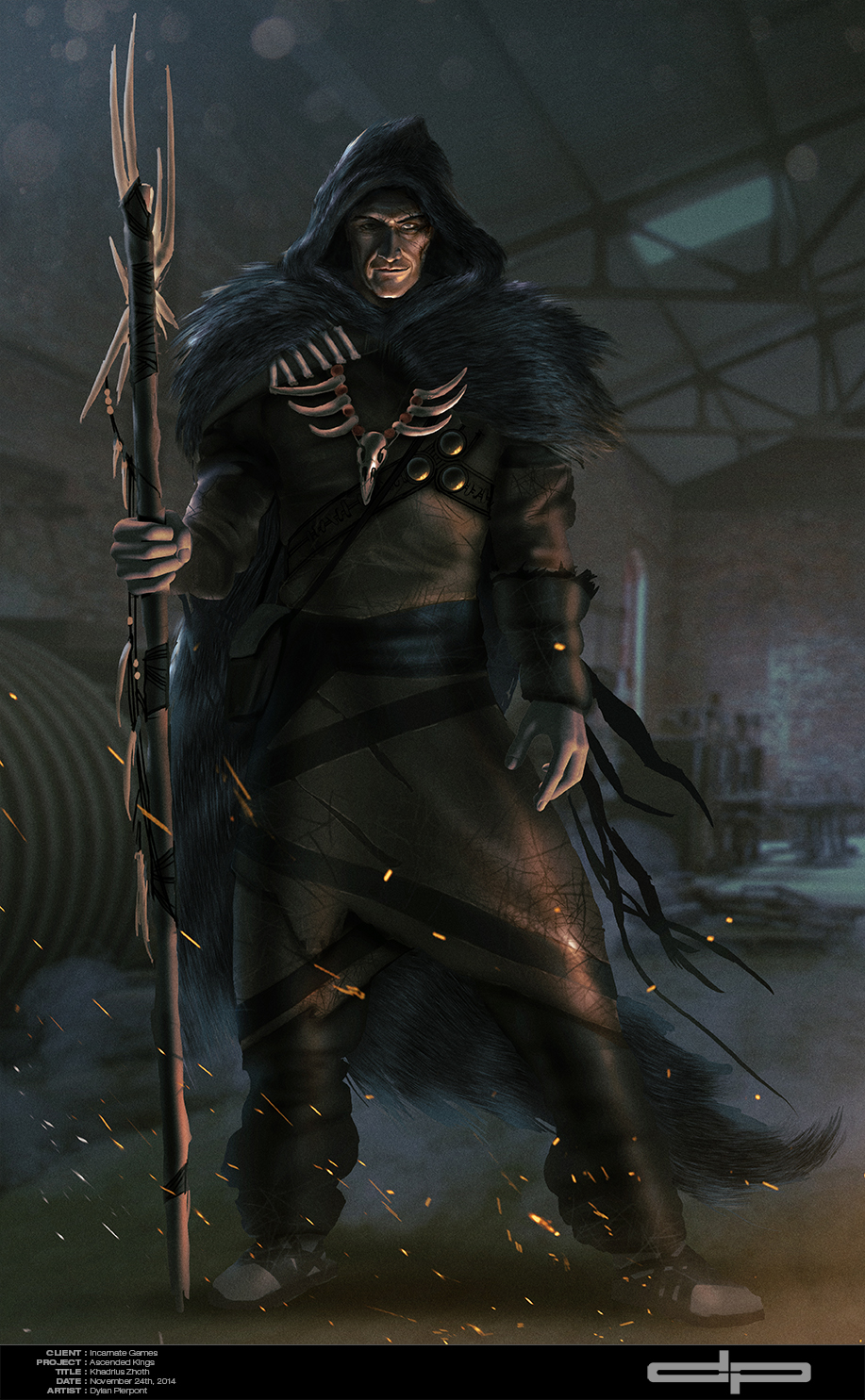 The background, just as before, is a placeholder for now. So don’t mind the modern look. I just wanted to show an update with an interior setting.

I also wanted to hear what your thoughts are on the brown leathers. I know Zhoth’s color affinity is black, but adding the brown helps with the separation of the trim and other costume elements. If you’re still set on going with the black, then we could try a material separation instead. So we could have portions that are more dull and matte with other’s being more shiny and specular.

As always, let em know what you guys think!

— <some comments were removed, so apologies if the following seems out of context>

I like the worn idea. We can probably save the browning for the edges and hems of the leathers, and any additional spots that would have repetitive friction.

The left wrist (our right) was just a shape to carry through from the lower legs. I planned on including it on his staff wrist as well in order to give it a bit more bulk and overlap with the strings that are present in the previous value sketch.

I think I have a few substitutes for the background we can implement for the final that will show off more of a cave environment. I’ll be sure to include that on the next update.

Hope everyone is well. Enjoy the holidays tomorrow!