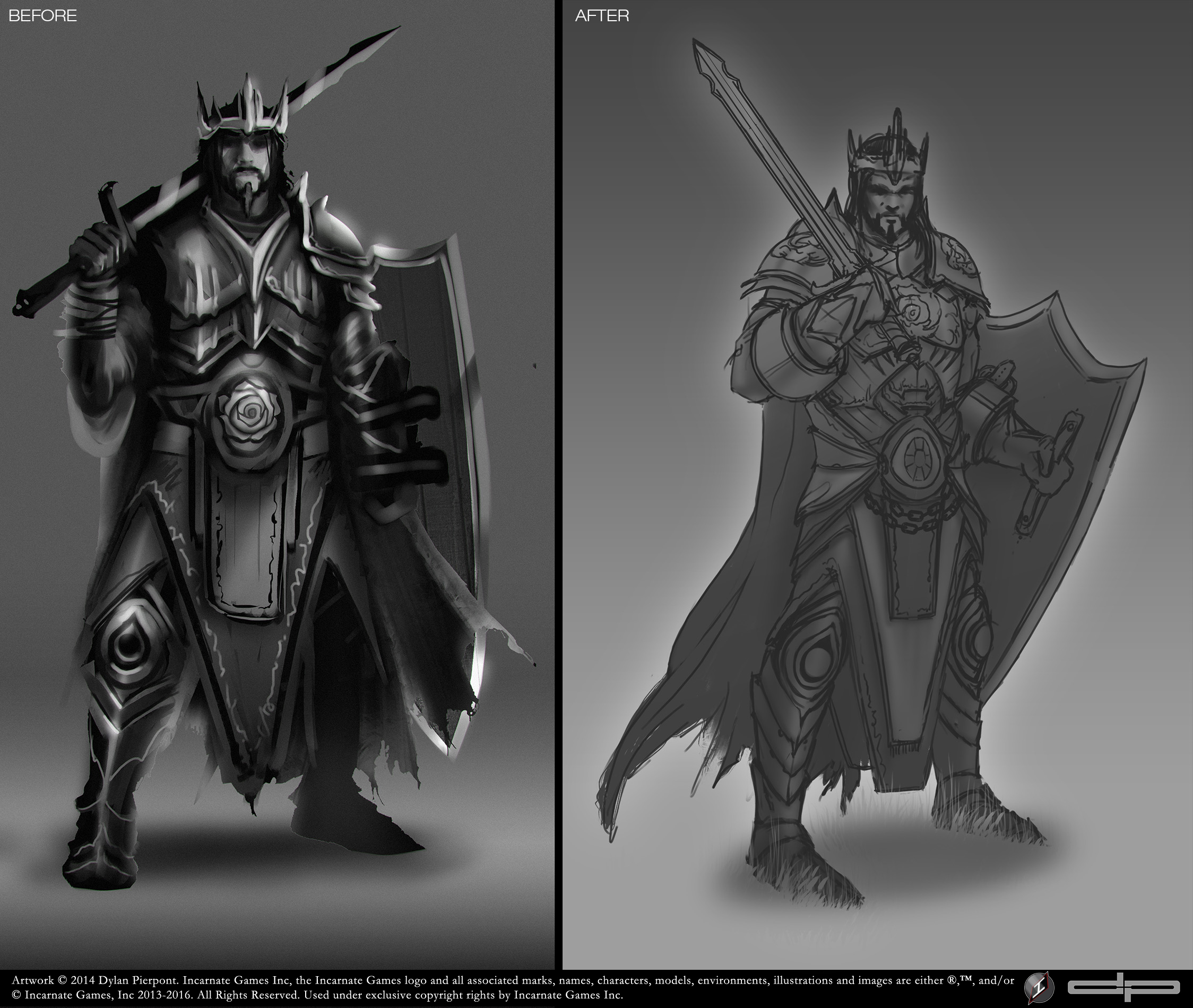 As linework by Dylan Pierpont for Dlone Kynazarr began it certainly was a treat to see this King start to come into form. We were super pleased with the results Dylan was delivering. You will notice that the pose changed a bit, and we think that the piece benefited greatly from that.

Following is our conversations for Kynazarr Rough:

This is fantastic! I like the positioning choices that you have made. It appears that you have included all the final elements that we discussed; I am very pleased with these results. As far as feedback, I noticed that we never addressed that he should have a scabbard to sheath his sword, not a major design addition I would suspect, seeing as it would mostly be invisible in this pose anyway. I really like the way you fixed the shield.

I still want to mention that his biceps should be bigger. The reason for this is because King Eloden is going to be a really big beastly guy, I envision Eloden as a berserk/brute force sort of character; so I would like for Kynazarr to at least appear that would still be strong enough to take him on hand to hand.

Don’t get me wrong, as he is now he looks very powerful and I love everything about this image. However I anticipate that if this image were to be set side by side with Eloden there would be no doubt that Eloden would look more powerful (as he should) but lets give Kynazarr a fighting chance. Could we bulk him up?