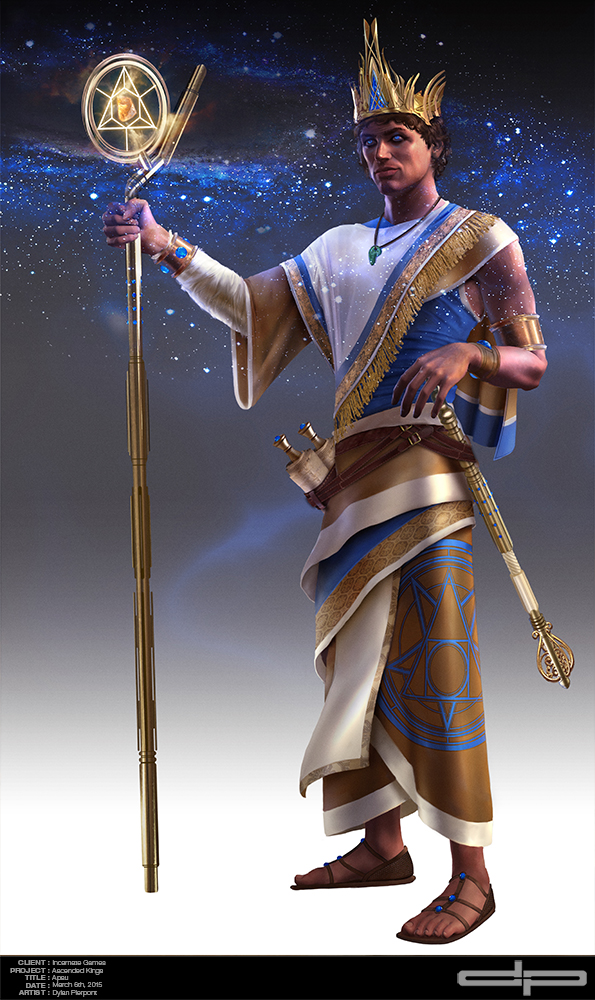 Alrighty! So I just have a few areas for small clean up but this is our High King Apsu, in the flesh 🙂

I’ll take care of the final touches tomorrow along with his Orthos and invoice.

Also, I pushed the Scion sillos and tonals back 1 day, but rest assured we’ll be all caught up with the schedule for the sentinel lines due on the 14th. My apologies for the delay. I had a client take waaayy too long in getting me feedback and then insist they still needed the piece by the deadline this weekend. Should have followed up with them sooner. My apologies.