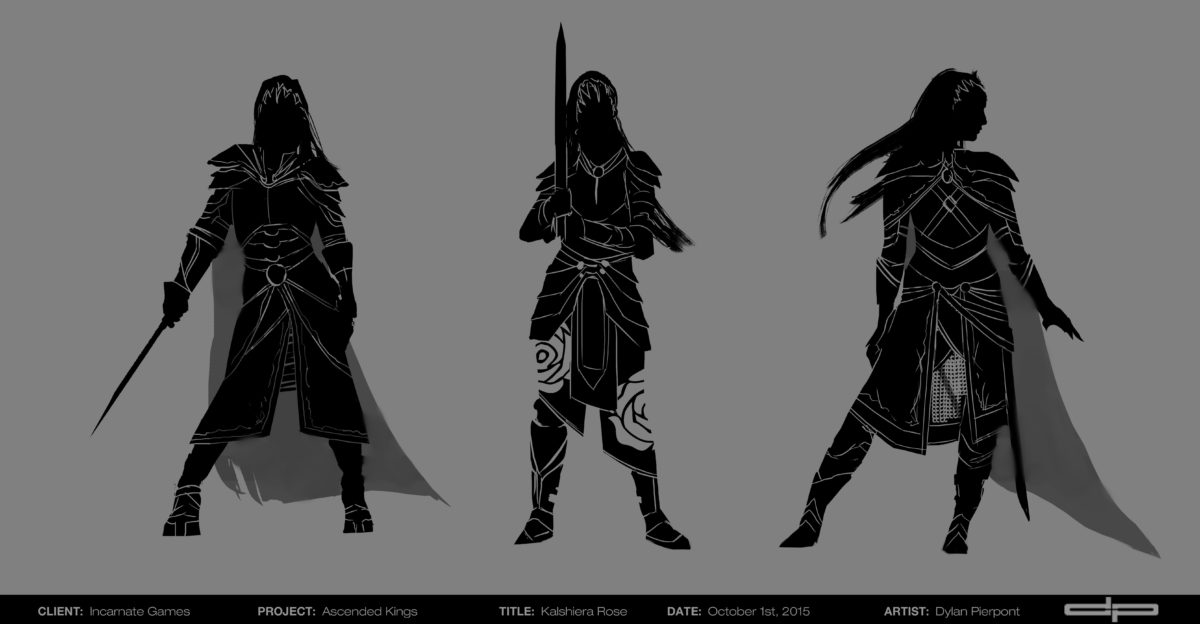 Well if it isn’t the character that started it all… Kalshiera.

Well almost. Telvantien has her beat by a few months. But yeah, Kalshiera is one of the very first characters I dreamed up who has made it into the saga. We will be seeing a lot of this girl over the years…

However, this <removed reference> crown here is very basic, the main feature that I am showcasing here is the fact that the crown portion comes down in a series of points, this is the basic shape that I want it to be.

However we can then add in the more regal appearance to it, intricate ornamental designs, maybe even rose designs. Socketed pyre gems and a central “upside down triangle” pyre stone antithetical to Apsu’s upward pointing triangle stone.

I anticipate as we move forward with her varying form designs, there will be new versions of this forehead tiara <spoiler removed>.

Jet black. While this next hair style isn’t necessary, I think it has a special look that can further individualize her.

The following images show models where their hair is pulled all the way from one side over to the other, creating a part in the middle of the head. I think this is interesting but may prove unnecessary. Of course, I’m always interested to hear what you guys think.

As far as the armor, Nick has a description of that in the script.

“She is dressed in a banded metal armor, with a solid breastplate. The breastplate is adorned with a large golden eagle.”

The banded armor may be something that we have to discuss but I would imagine it would stay within the theme of the Kynazari soldiers listed in their Visual descriptions.

Nick – if you have any reference to golden eagles in the breastplate that you have in mind specifically you can post it here.

Awesome! Lots to think about here.

If I understood you correctly then this should be very doable. But let me know if my observations are correct.

Yes you are correct.

So right now you recommend that we do concepts for Kalshiera as the Golden Rose (GN version), and <spoiler removed>.

Nick Macaroni
In the graphic novel, I would say Kalshiera looks very young, with soft, attractive features, petite body at the same time she has a sort of hard edge to her look.This is the ambition and power of her personality shining through and I think a lot of it is going to be in the eyebrows.Anything to do with <references removed>.I don’t think the hair over the head, tight to the skull is going to be flattering and it’s very reminiscent of a lot of modern characters, tank girl’ish and something I see on MTV a lot.