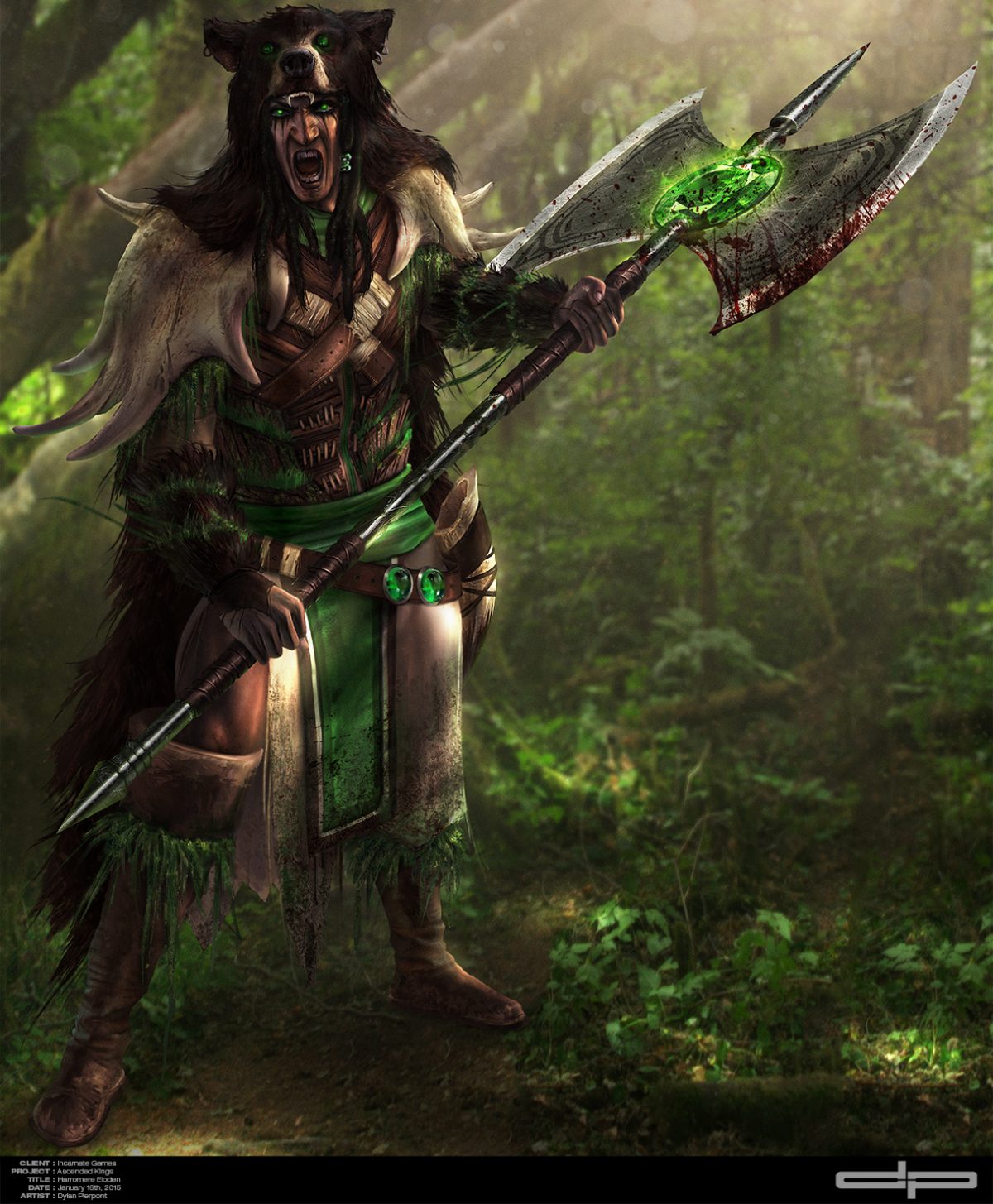 A few things to notice: the blood on the axe is on it’s own separate layer. So if you find this to be out of character for Eloden, it’s easy to remove. I just thought it gave us a nice opportunity to add in a complimentary color to all that green

Around his eyes I added some dark makeup with streaks running down his cheeks to give him a wild and aggressive look. Found the idea after looking at the character Floki on the History channel’s “Vikings” show (which i’m sure was in an of itself a design rip from Alice cooper and/or The Crow) At any rate, that detail wasn’t part of your description so let me know if it needs to be removed.

Other than that he’s good to go. I have an invoice ready to email you way, but I hadn’t heard any feedback from the previous WIP. So I want to hold off sending that until I get your final approval.