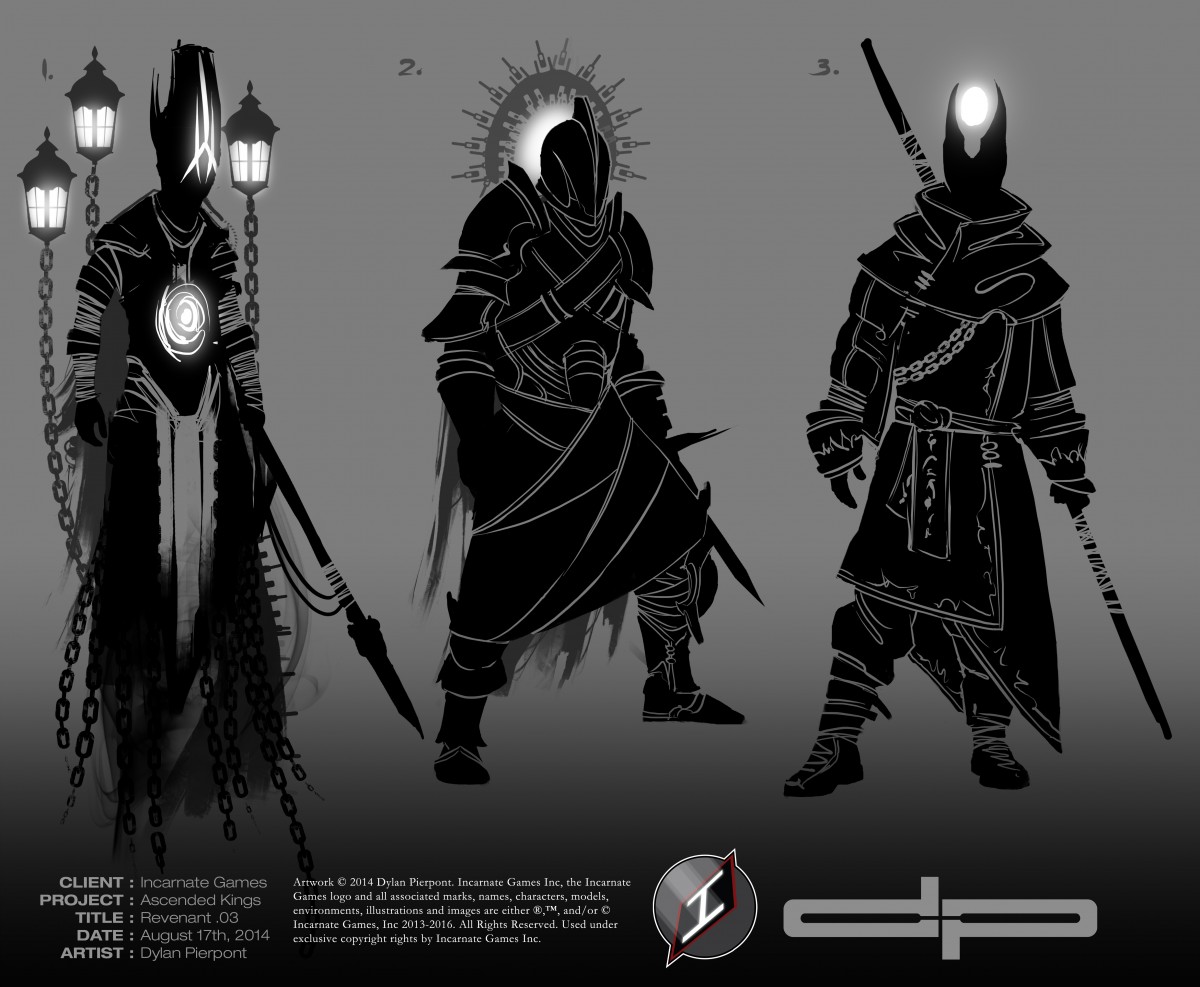 For the final round of Revenant Silos, we were given a real treat!

Below is the response to the Revenant silhouettes:

These are bad ass Dylan. I really like seeing your interpretations of the character descriptions. I think once we have Apsu and Engur concepts we will continue to explore a few more of these like you said.

The Ylem symbol is reserved for Apsu. But seeing the symbol on the right gives me a good idea. I have nailed down the Revenants. Discovering their appearance will be a process, I will most likely have Dylan create 3-6 more concepts.