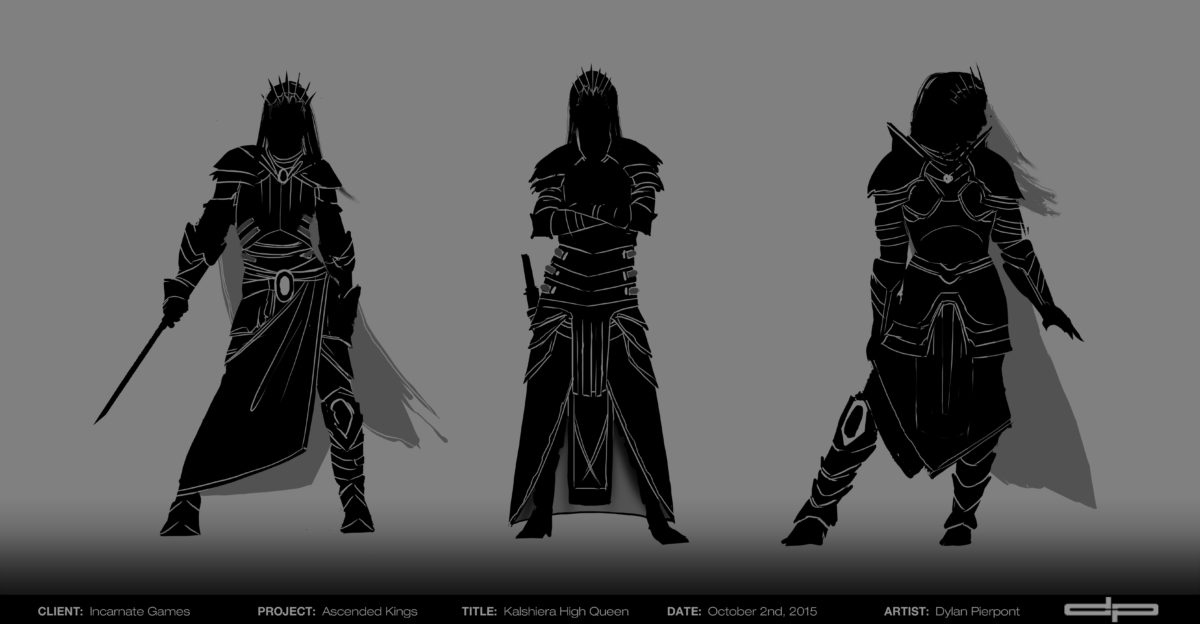 One of my concerns is that a prominent head dress will conflict with any kind of helmet and otherwise confine her head to some degree…
I don’t know if I specified she’s wearing a helmet or not in the novel so far and I don’t know what liberties R&R will take, but I’m thinking…<spoilers removed>

And I’m not married to any of these poses. I don’ think any of these really convey her character so right now this is just for design sake.

That being said if you have any ideas for posing let me know so we can address it in the tonal stage.

Yeah I spaced relating that I see her in a dress at this point lol. No problem. However this does give us some more options for her armor! ALL OF WHICH ARE BAD ASS OF COURSE.

When do we get to <spoiler removed> Nick? LOL!

Whoa, I just had an epiphany – I’ll keep you guys posted to what I’m thinking (its late)