Ascended Kings is a high fantasy, battle royal board game that includes miniatures, cards, dice, and gemstones. Engage in free-for-all combat to the death, spurred on by slowly encroaching walls of fire. With no player elimination, fallen kings immediately return to the battle as Revenants—powerful dark beings from the fringe dimension—keeping every player in the fight until the four kings’ Bloodstones are united and the ultimate source of power, the fabled Omega Stone, is summoned.

The Ascended Kings Kickstarter relaunch is upon us! Want to jump straight to the campaign? Here’s a button for that:

BACK THE KICKSTARTER NOW

My name is Jason M. Allen, the designer, and publisher of Ascended Kings by Incarnate Games. I am excited to be relaunching this project, as there have been significant efforts by the team over the last 3 years to “Incarnate” this dream. 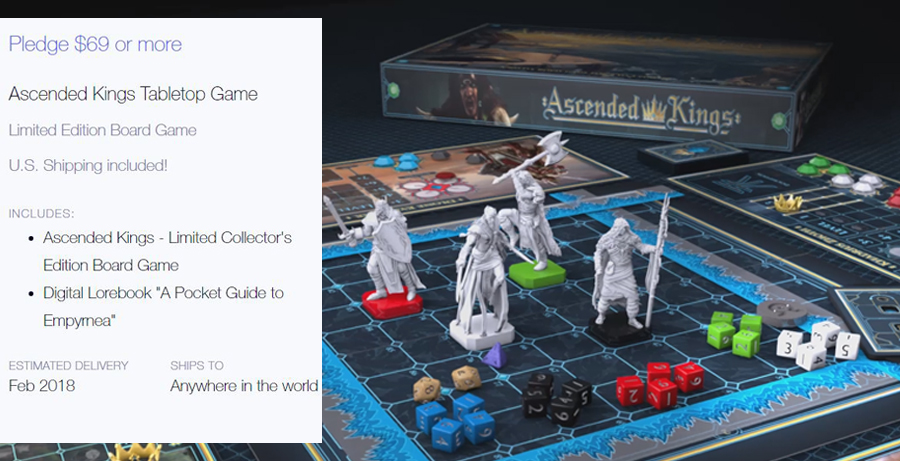 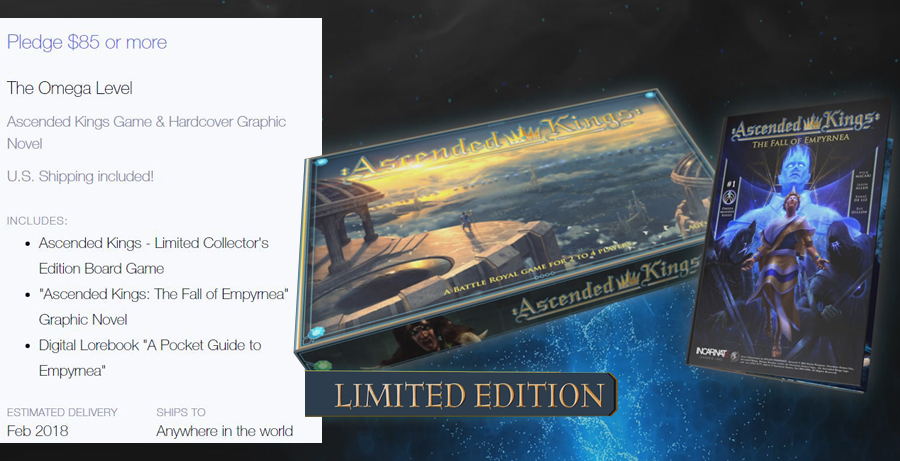 All U.S. shipping is included with the pledge, so only the price listed for your pledge will be charged if you are a U.S. backer. This also helps shipping costs for other countries, as the U.S. amount included in the pledge causes costs for other regions to be reduced, naturally.

A preview of the Graphic Novel is here: http://online.fliphtml5.com/gmur/nsmt/

The Final Rulebook can be found here: https://www.ascendedkings.com/docs/AKRules.compressed.pdf

We have also partnered up with Little Big Bang Studios, who did an amazing job on our new Kickstarter video!

Daniel of the Daniel Zayas Company has done a really good job at consulting us for the relaunch!

Also, new Kickstarter previews are on the way by Dan King of Game Boy Geek, Michael May of Toucan Play that Game, and Michael Wright of Unfiltered Gamer. Be sure to check out their videos!

Finally, we have created an all-new book, called A Pocket Guide to Empyrnea. All Backers will receive a digital copy of this book! It’s a little over 100 pages, including illustrations. I’m especially excited about this because it defines the world and history of Empyrnea. Ascended Kings, after all, is the first installment of games and stories to take place within The Omega Mundus Series. What better way to expand upon the series than with a Lorebook? 😉